Trading update for the first quarter of 2014 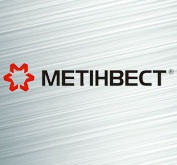 20 May 2014 – Metinvest B.V., the parent company of a vertically integrated group of steel and mining companies (jointly referred to as “Metinvest” or “the Group”), today published a trading update for the first quarter ended 31 March 2014.

The information in this press release has been prepared based on preliminary financial results. Intragroup transactions have been eliminated in consolidation. This announcement does not contain sufficient information to constitute a full set of financial statements. The following preliminary results may differ from financial statements prepared in accordance with International Financial Reporting Standards (IFRS). The numbers in this press release have not been audited or reviewed.

Metinvest B.V. publishes consolidated financial statements prepared in accordance with IFRS for the six months ending 30 June and for the year ending 31 December.

Revenues in Ukraine totalled US$736 million in 1Q 2014, down 11% y-o-y. Despite steady sales of iron ore products on the domestic market, sales of steel products declined amid lower demand in the major steel consuming sectors (construction, machine-building and pipeline infrastructure).

The share of international sales stood at 75% in 1Q 2014, up 1 percentage point (pp) y-o-y. The proportion of sales to the Middle East and North Africa (MENA) rose by 6 pp y-o-y to 20%, driven by greater volumes of semi-finished and flat products. The share of sales to the Commonwealth of Independent States (CIS, excluding Ukraine) was down 4 pp to 7% due to lower volumes of finished steel products, mainly to Russia. The proportion of sales to Southeast Asia dropped by 4 pp to 15% amid a decline in volumes of iron ore concentrate, semi-finished and flat steel products, which was partly compensated by greater sales of pellets to the region.

Revenues in the Metallurgical division come from sales of steel and coke products. In 1Q 2014, the division’s top line fell by 6% y-o-y to US$2,220 million, of which steel sales accounted for 90%. The drop was attributable to lower volumes of slabs, flat, long and railway products, offset by higher volumes of pig iron, billets and pipes.

Sales of semi-finished products totalled US$412 million in 1Q 2014, up 27% y-o-y. The rise was due to an increase in volumes of pig iron of 188 thousand tonnes – mainly to the US, Europe and MENA – and billets of 64 thousand tonnes, mainly to MENA. Sales of slabs decreased by 10% y-o-y due to a lower volumes, although average slab prices were up 3%.

Sales of finished products declined by 12% y-o-y to US$1,593 million in 1Q 2014, mainly due to lower volumes and average prices of flat and long products.

Sales of flat products totalled US$1,196 million in 1Q 2014, down 11% y-o-y, of which 8 pp was attributable to declining volumes and 3 pp to lower average prices. Volumes of flat products decreased by 266 thousand tonnes y-o-y due to reduced shipments to Ukraine, Europe, the CIS and Southeast Asia, although the fall was offset by a redistribution of 77 thousand tonnes from those markets to MENA.

Sales of long products amounted to US$314 million in 1Q 2014, down by 20% y-o-y, of which 14 pp was attributable to a fall in sales volumes in Ukraine, Russia and MENA, and 6 pp to lower average prices. Volumes in Ukraine dropped by 36 thousand tonnes, caused by a 12% decrease y-o-y4 in consumption of long products, primarily in the construction sector. Exports to Russia and MENA fell by a total of 119 thousand tonnes, which was partly compensated by a rise of 50 thousand tonnes in volumes to Europe.

In 1Q 2014, sales of tubular products soared by 115% y-o-y to US$28 million, driven mainly by an increase in volumes of 12 thousand tonnes as a result of orders from new pipeline projects.

Sales of railway products decreased by 25% y-o-y to US$55 million in 1Q 2014, as volumes in the CIS fell by 36 thousand tonnes, offset by an increase in sales to Ukraine of 13 thousand tonnes.

Sales of coke products – which include coke, coke breeze, nut coke and chemical products – remained stable  y-o-y at US$126 million.

Sales of iron ore concentrate totalled US$304 million in 1Q 2014, down 38% y-o-y. Of this, 34 pp was attributable to a slump in volumes, as overall production dropped y-o-y following the adverse weather conditions in January-February 2014 and a shift in the iron ore product mix: an additional 1,048 thousand tonnes of pellets were sold to China instead of concentrate. As a result, shipments of concentrate to China decreased by 1,390 thousand tonnes y-o-y, while average selling prices in the region fell by 12%. Domestic sales of concentrate grew by 11% y-o-y, driven by a 19% rise in average selling prices, which was offset by a decrease in shipments of 123 thousand tonnes.

Sales of coking coal concentrate totalled US$46 million in 1Q 2014, down 43% y-o-y, of which 24 pp was attributable to lower average prices and 19 pp to declining volumes. Prices in the US fell more sharply than in Ukraine. As a result, sales of concentrate to Ukraine grew by 23%, supported by higher volumes, while sales volumes in the US decreased by 89 thousand tonnes.

Major investment projects in 1Q 2014 included the construction of the PCI facility and the infrastructure for a new air separation unit (ASU), preparations to build a new environmentally friendly sinter plant and the major overhaul of converter no. 1 at Yenakiieve Steel; preparations for fitting new filters to the existing sinter plant at Ilyich Steel; and the major overhaul of blast furnace no. 4 and replacement of a turbine air blower at Azovstal.

1 Adjusted EBITDA is calculated as earnings before income tax, financial income and costs, depreciation and amortisation, impairment and devaluation of property, plant and equipment, sponsorship and other charity payments, share of results of associates and other non-core expenses. We will refer to adjusted EBITDA as EBITDA throughout this release.

3 EBITDA for the last 12 months

4 Calculations are based on Metal Courier statistics

6 Includes US$19 million of corporate overheads

Rail products include light and heavy rails and rail fasteners

METINVEST GROUP is a vertically integrated group of steel and mining companies that manages every link of the value chain, from mining and processing iron ore and coal to making and selling semi-finished and finished steel products. It comprises steel and mining production facilities located in Ukraine, Europe and the US, as well as a sales network covering all key global markets. The Group is structured into two operating divisions, Metallurgical and Mining, and its strategic vision is to become the leading vertically integrated steel producer in Europe, delivering sustainable growth and profitability resilient to business cycles and providing investors with returns above the industry benchmarks. For the first quarter of 2014 ended 31 March 2014, the Group reported revenues of US$2.9 billion and an EBITDA margin of 30%.

The major shareholders of METINVEST B.V. (the holding company of Metinvest Group) are SCM (71.25%) and SMART Holding (23.75%), which partner in its management.