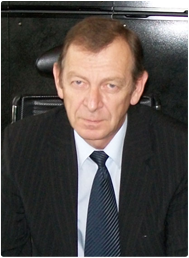 Alexander Chudnovets was born in 1954 in Lisichansk, Lugansk Region. In 1976 he graduated from Kommunarsk Mining and Steelmaking Institute having a degree in “Metal-forming process”. In 1976 Alexander Chudnovets started his career in steelmaking at Alchevsk Iron and Steel Works (Alchevsk Steel) as a foreman of Mill “600” in the Rolling Shop, then as a section foreman and at last as the Deputy Head of this Shop. Since 1986 he had been working as the Head of Rolling Shop.

In April 2011 A. Chudnovets was appointed the Director of Makiivka branch PJSC Yenakiieve Iron and Steel Works.